Life on the Edge: History Repeats Itself 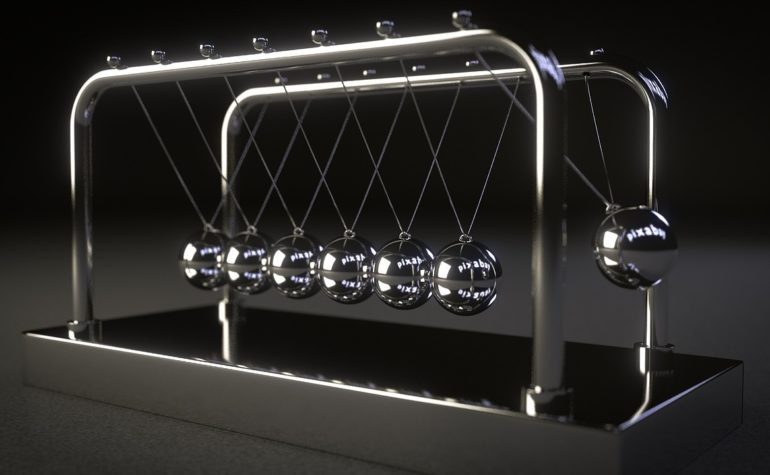 As we watch the pendulum swing between core and edge, where will you place your bets? Lance Crosby, CEO and Chairman of StackPath takes us on a historical journey and offers his perspective on this fundamental shift in the internet.

We’re at the beginning of the next era in computing. It’s entirely new and entirely similar to what we’ve seen before.

The early 1950s through the late 1970s was the age of the mainframe. Led by IBM, “big iron” centralized computing and forced everyone to go to the well for processing and data.

As processing became cheaper and networking technologies became more powerful, workloads no longer needed to live on big iron. In the early 1980s, with the advent of the personal computing, computing became decentralized, with end users performing their work directly on their desktops with local software and client systems calling home to server systems when they needed heavy lifting.

Then, in 2005, the public clouds emerged bringing us back to a centralized computing model. Instead of running on large mainframes, workloads moved to centralized data centers with racks of commodity servers stuffed full of cores, RAM, and storage.  The shift enabled developers to consume data centers as a service, and accelerated development from months to weeks, days, and sometimes even hours or minutes.

The pendulum cycle continues. Today we see, again, the emergence of a new decentralized computing model. Starting somewhere in 2015, cloud computing capabilities began moving out from the giant compute and storage farms to the Internet Exchanges (IXs), cell towers, and past the last mile limit. Developers can now work closer to the end user than ever, pushing code that runs right in their customers’ homes, cars, and even the devices on their wrists.

How disruptive will the edge be? Is it just another buzzword? Will it entirely replace today’s cloud, complement it, or just closely resemble it? Does it need to provide developers the same basic Legos of compute and storage, just in smaller, more distributed chunks? What new technologies will it introduce?

Here are my 2¢ having been here, done that, got the T-shirt, and lessons that we should take from the previous cycles in the industry:

If you need evidence of its value, just consider that the edge revolution has begun in the IXs of the world, the most expensive real estate and power known in the industry. The cost of those resources have been considered worth it by edge seekers looking to lower the latency, decentralize the processes, geograph-ize (is that a word?) data, step right into users’ worlds, and be a few milliseconds away.

There still are many questions about edge. Some of them we need to answer soon as partners, competitors, frenemies, and everything in between so that we can better manage the vector of this revolution. Other answers will just emerge, as our customers use their wallets to vote for what they do and don’t want.

We all know one thing for sure: The only constant in IT is change. We see from the past that the industry goes through a cycle of introducing centralized capabilities and then decentralizing them. Wash, rinse, repeat. I’ve placed my bets that the decentralization brought about by edge will be monumental, both as an extension of the current cloud computing model and as a model of its own. And I’m keeping an eye out for what’s past the edge.

Lance Crosby is CEO and Chairman of StackPath. Prior to StackPath, he was Chairman and CEO Softlayer, which became the foundation of IBM’s cloud. StackPath is a platform of secure edge services that enables developers to protect, accelerate, and innovate cloud properties ranging from websites to media delivery and IoT services. More than one million customers, including early-stage and Fortune 100 companies, use StackPath services. StackPath is headquartered in Dallas and has offices across the U.S. and around the world. For more information, visit www.StackPath.com, and follow StackPath at www.fb.com/stackpathllc and www.twitter.com/stackpath.