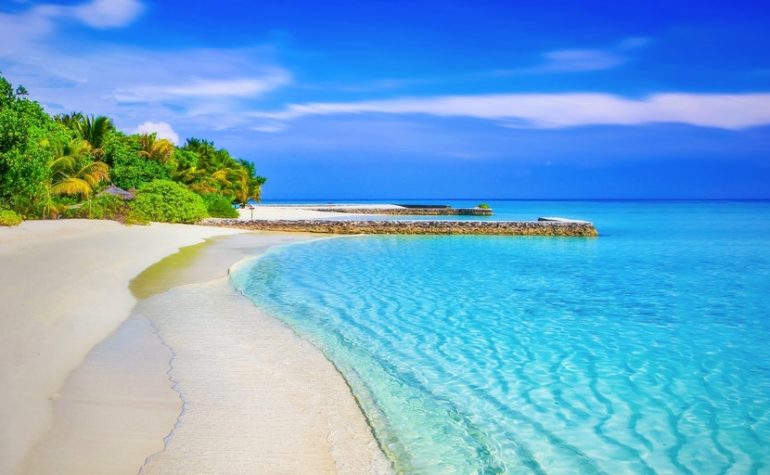 Mobile operators and other owners of wireless infrastructure command the most valuable “beachfront property” in the race to develop a global edge cloud. Joseph Noronha of Detecon takes us on a journey along the coastline to explore this idea.

When I began looking into edge computing just over 24 months ago, weeks would go by with hardly a whimper on the topic, apart from sporadic briefs about local on-premises deployments. Back then, there was no State of the Edge Report and certainly no Open Glossary of Edge Computing. Today, an hour barely passes before my RSS feed buzzes with the “next big announcement” around edge. Edge computing has clearly arrived. When Gartner releases their 2018 Gartner Hype Cycle later this month, I expect edge computing to be at the steepest point in the hype cycle.

Coming from a mobile operator heritage, I have developed a unique perspective on edge computing, and would like to double-click on one particular aspect of this phenomenon, the infrastructure edge and its implication for the broader ecosystem.

The Centralized Data Center and the Wireless Edge

So many of the today’s discussions about edge computing ascribe magical qualities to the cloud, suggesting that it’s amorphous, ubiquitous and everywhere. But this is a misnomer. Ninety percent of what we think of as cloud is concentrated in a small handful of centralized data centers, often thousands of miles and dozens of network hops away. When experts talk about connecting edge devices to the cloud, it’s common to oversimplify and emphasize the two endpoints: the device edge and the centralized data center, skipping over the critical infrastructure that connects these two extremes—namely, the cell towers, RF radios, routers, interconnection points, network hops, fiber backbones, and other critical communications systems that liaise between edge devices and the central cloud.

In the wireless world, this is not a single point; rather, it is distributed among the cell towers, DAS hubs, central offices and fiber routes that make up the infrastructure side of the last mile. This is the wireless edge, with assets currently owned and/or operated by network operators and, in some cases, tower companies.

The wireless edge will play a profound and essential role in connecting devices to the cloud. Let me use an analogy of a coastline to illustrate my point.

Imagine a coastline stretching from the ocean to the hills. The intertidal zone, where the waves lap upon the shore, is like the device edge, full of exciting activities and a robust ecosystem, but too ephemeral and subject to change for building a permanent structure. Many large players, including Microsoft, Google, Amazon, and Apple, are vying to win this prized spot closest at the water’s edge (and the end user) with on-premises gateways and devices. This is the domain of AWS Greengrass and Microsoft IoT Edge. It’s also the battleground for consumers, with products like Alexa, Android, and iOS devices, In this area of the beach, the battle is primarily between the internet giants.

On the other side of the coastline, opposite the water, you have the ridgeline and cliffs, from where you have an eagle view of the entire surroundings. This “inland” side of the coastline is the domain of regional data centers, such as those owned by Equinix and Digital Realty. These data centers provide an important aggregation point for connecting back to the centralized cloud and, in fact, most of the major cloud providers have equipment in these colocation facilities.

And in the middle — yes, on the beach itself — lies the infrastructure edge, possibly the ideal location for a beachfront property. This space is ripe for development. It has never been extensively monetized, yet one would be foolhardy to believe that it has no value.

In the past, the wireless operators who caretake this premier beachfront space haven’t been successful in building platforms that developers want to use. Developers have always desired global reach along with a unified, developer-friendly experience, both of which are offered by the large cloud providers. Operators, in contrast, have largely failed on both fronts—they are primarily national, maybe regional, but not global, and their area of expertise is in complex architectures rather than ease of use.

This does not imply that the operator is sitting idle here. On the contrary, every major wireless operator is actively re-engineering their networks to roll out Network Function Virtualization (NFV) and Software Defined Networking (SDN), along the path to 5G. These software-driven network enhancements will demand large amounts of compute capacity at the edge, which will often mean micro data centers at the base of cell towers or in local antenna hubs. However, these are primarily inward-looking use cases, driven more from a cost optimization standpoint rather than revenue generating one. In our beach example, it is more akin to building a hotel call center on a beachfront rather than open it up primarily to guests. It may satisfy your internal needs, but does not generate top line growth.

Operators are not oblivious to the opportunities that may emerge from integrating edge computing into their network; however, there is a great lack of clarity about how to go about doing this. While powerful standards are emerging from the telco world, Multi-Access Edge Computing (MEC) being one of the most notable, which provides API access to the RAN, there is still no obvious mechanism for stitching these together into a global platform; one that offers a developer-centric user experience.

All is not lost for the operator;, there are a few firms such as Vapor IO and MobiledgeX that have close ties to the  infrastructure and operator communities, and are tackling the problems of deploying shared compute infrastructure and building a global platform for developers, respectively. Success is predicated on operators joining forces, rather than going it alone or adopting divergent and non-compatible approaches.

In the end, just like a developed shoreline caters to the needs of visitors and vacationers, every part of the edge ecosystem will rightly focus on attracting today’s developer with tools and amenities that provide universal reach and ease-of-use. Operators have a lot to lose by not making the right bets on programmable infrastructure at the edge that developers clamor to use.  Hesitate and they may very well find themselves eroded and sidelined by other players, including the major cloud providers, in what is looking to be one of the more exciting evolutions to come out of the cloud and edge computing space.

Joseph Noronha is a Director at Detecon Inc., Deutsche Telekom’s management consulting division leading their practice in Emerging Technologies and Infrastructure. He has extensive “on the ground” experience with infrastructure players around the world spanning the Americas, Europe, Middle East, Africa and Asia. His interests lie in around Next generation Connectivity IoT, XaaS and more recently in Edge computing – from product conceptualization and ecosystem building to driving and managing the commercial deployment of these services