Edge: The End of Cloud as we Know It? 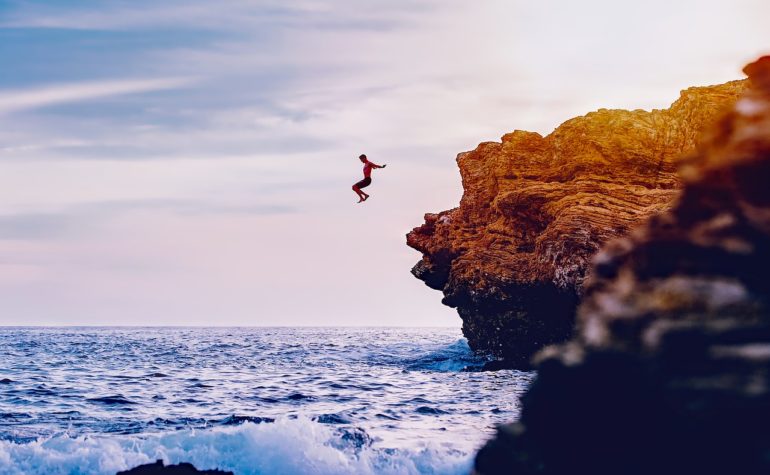 Many have predicted that edge computing will completely replace cloud. Is this even possible? Reasonable? Let’s find out.

Peter Levine, a well-regarded thought leader and partner at Andreessen Horowitz gave a presentation in 2017 titled The End of Cloud Computing.

In this talk, Peter puts forth the observation that we’re flooding our world with intelligent devices, from the latest generation smartphones to ubiquitous sensors and autonomous cars. He argues that in order to support these devices, more and more of our workloads will need to be run at the edge. By shifting the bulk of compute to the edge, he says, we destroy what we mean today by cloud computing.

Peter’s exaggerations make for great headlines, but they also muddle the serious conversation. Pitting cloud against edge is a false comparison. The cloud will certainly change —on that point Peter is spot on — but it won’t be cloud versus edge. It will be cloud and edge..

By embracing these micro data centers and treating them as highly-distributed regions and availability zones, a new paradigm of cloud will come about. Increasingly, applications won’t just be “cloud native,” they will be “edge-native.” Edge computing won’t destroy the cloud; edge and cloud will merge.

The Reports of My Death Have Been Greatly Exaggerated

Edge computing, like any emerging technology, needs commercially-viable use cases to justify its capital outlay. As the dust settles in accounting, many of the most celebrated applications of edge computing, including autonomous vehicles and augmented reality, seem futuristic and potentially far-fetched. Whether or not you believe these technologies to be imminent or fanciful, you have to ask a more basic question: Are there practical applications of edge computing today that will drive the initial capital expenditures?

Indeed, the answer is: Yes.

There are powerful near-term uses of edge computing that are, by themselves, capable of fueling the rollout of edge infrastructure. These are edge-enhanced applications such as:

Content Delivery Networks (CDNs): 20 years ago, the founders of Akamai invented what can be seen as the early proto-stages of edge computing. They realized, back then, that the speed of light is too slow and multiple hops across the network are too unreliable. By placing content and caching servers out in the field, near the edge, they could greatly reduce network congestion and significantly speed up the delivery of web content, including streaming media like Netflix. Today, the major CDNs operate over a million edge servers worldwide and are keeping pace with delivery demands by adding more servers and extending their reach to the furthest edge locations.

Telco Network Function Virtualization (NFV): As the major cellular operators rush to bring 5th Generation (5G) cellular technology to market, they will be moving their network functions (almost all of the network’s capabilities) off of proprietary hardware and into virtualized software functions running on white box servers. These servers will need to be housed in micro data centers at the edge, near the towers and baseband units, as these network functions can only tolerate a few milliseconds of latency.

Internet of Things (IoT): The IoT is real. Organizations worldwide are deploying billions of sensors into the field—into factories, onto cars, at intersections, on top of buildings, and just about everywhere else you might imagine. Each of these sensors generates data, which in aggregate will soon approach exabytes each day. To avoid the significant cost of shipping all of the data back to a central location as well as to provide real-time analysis and responsiveness, many different organizations will employ edge computing. Data analyzed at the edge can be responded to in milliseconds, data can be stored locally if it will be used locally, and algorithms can sift through the mountains of local data to extract the most important bits to ship to a centralized storage warehouse or back-end processes.

CDN, NFV, and IoT represent billions of dollars of value to the economy and are, by themselves, creating the economic incentives for rapid deployments of edge data centers in every major metropolitan region. As this edge infrastructure comes online, the large cloud providers will widen their service portfolio to reach from core cloud all the way to edge. Soon you will be able to purchase edge VMs, run Kubernetes clusters at the edge, and employ AI toolchains that include edge processing—all from the dashboard of your favorite cloud provider.

Something Wicked This Way Comes

Edge computing will unleash a tsunami of applications, as tools improve and offerings get more sophisticated and lower in cost. At the outset, edge computing may often be more expensive than centralized cloud computing for a specific job, as the major cloud providers begin offering it in the form of premium priced products.

As early use cases offset the cost of deployment, and competition increases, prices will fall. As with most new technologies, increased use will drive edge computing down the cost curve such that, very soon, the marginal cost of retrofitting an existing application to embrace edge computing will become minimal. The world will quickly flood with edge-enhanced applications  and we will begin to see the emergence of new and transformative edge-native applications.

The proliferation of tools, best practices and general availability for cloud-based edge computing will unleash waves of developer innovation extending all the way from gaming and other entertainment experiences to mission or life-critical applications such as remote surgery.

Matt Trifiro is CMO of Vapor IO and Co-Chair of the State of the Edge Project. He is also the Co-Creator and a principal contributor to the Open Glossary of Edge Computing. Please follow him on Twitter at @mtrifiro.

The State of the Edge blog welcomes diverse opinions from industry practitioners, analysts, and researchers, highlighting thought leadership in all areas of edge computing and adjacent technologies. If you’d like to propose an article, please see our Submission Guidelines.