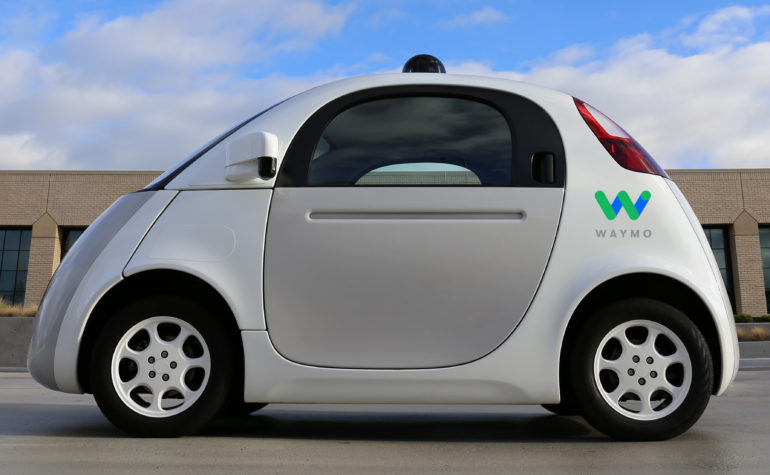 The Infrastructure for Autonomous Vehicles

Autonomous vehicles promise to transform how we move about our world, as well as how we deliver and receive goods and services. However, they also create significant challenges for modern city infrastructures.

Whether we’re talking about personal cars saving us from the daily commute, unmanned surveillance aircraft keeping us safe or aerial package delivery systems conjuring up the next frontier of e-commerce—we need to first upgrade our infrastructure in order to bring about this new autonomous world.

To create a robust platform for autonomous vehicles, we need to improve our infrastructure in three ways. First, we need to improve our wireless networks to provide near instantaneous connectivity for thousands of devices. Second, we need to add megawatts of data center capacity for edge computing. Third, we need large-scale electrical system upgrades—mostly in the form of networked charging stations—to keep all of these self-navigating machines operating and charged.

What do we Mean by Autonomous Vehicle?

Even more astonishing are the autonomous flight systems for self-driving drones that are being deployed today. Unlike cars, autonomous drones ​occupy the largely unobstructed low-altitude sky and ​are both less expensive and more versatile. They are already beginning to transform industries, removing a lot of the cost and time required to inspect construction sites and public works, for example, as a way to quickly and efficiently identify safety issues, quality concerns and operational improvements. Autonomous drones gather data and insights at a fraction of the usual time and cost, while providing a new level of real-time visual intelligence. Tomorrow, aerial package delivery systems will fundamentally transform how companies like Amazon and UPS operate. And in the future, Uber Elevate will revolutionize urban air transportation.

Network connectivity is especially important for all types of autonomous vehicle, as it connects each vehicle to a larger pool of compute and data storage resources than it is able to include locally. This is an essential step, providing autonomous vehicles with the power required to operate at high speeds, prevent safety issues and process the large amounts of data which they generate in real-time.

Beyond safe and effective operation, network connectivity for each autonomous vehicle will also be required to provide tracking. It is likely that when autonomous vehicles are let loose on the streets of a modern city, they will be tracked in terms of speed, location and direction at all times by a local regulatory agency as well as by the vehicle fleet operator. To do this, GPS and high-performance wireless network connectivity are essential.

Data centers — specifically edge data centers — are a key to scalable autonomous vehicles. These are data centers which are smaller than the centralized data centers used by Amazon and others today. They will be deployed in dozens of locations throughout a metropolitan area, such as at the base of cell towers—approximately every 15-20 Km—placing them as close to the network edge, and to its users, as possible. These edge data centers will allow software applications to run in close proximity to the vehicles themselves, ensuring the software for these autonomous fleets has the minimum possible latency to the vehicles in the local area.

While autonomous vehicles will have specialized control processes that run on board to ensure continuous operation even during a network outage, they will also depend greatly on local edge data centers to “see” beyond the range of their sensors, receive complex decision support, and coordinate with other vehicles and traffic flows. This is vital for safety and efficiency.

Edge data centers will also enhance vehicle data collection and analysis, as the amount of data generated by autonomous vehicles per second is enormous, from LIDAR and HD video camera data to many sensors on the wheels and transmission of the vehicle. In order to most thoroughly analyze the data in real time, data will not only be analyzed on board the vehicle but the majority will also be transmitted to nearby edge data centers where it can be processed more completely, with the results then sent back to the vehicle as quickly as possible. By synthesizing data from many autonomous vehicles, the edge data center can extract new and valuable information such as identifying patterns of traffic congestion or detecting potholes or debris in the road. This type of collaborative processing improves safety, enhances traffic coordination and lowers costs.

To fulfill their full potential, autonomous vehicles must operate to the same or a greater degree of safety than a human driver. By being able to draw on this collaborative data analysis in real-time, a self-driving car is able to detect and respond to dangerous situations it hasn’t encountered or is unable to sense with its on-board systems, to provide high levels of safety.

Collaborative processing in edge data centers will also enable real-time low-flying air traffic control, which is required to allow large numbers of pilot-less aircraft to operate within a space such as a city. Each of these aircraft will take off on a path defined by a predetermined mission, but must be able to react to urban micro-weather, and to many other potential hazards such as conflicting aircraft or debris. The edge data center, to which the aircraft is connected using a high-speed wireless network, is the ideal place to perform the complex real-time processing required to make this a reality.

Many autonomous vehicles will be powered by electricity. Whether they are electric cars, buses or small drones, their easy and local access to an electric charging station is crucial. Not only must sufficient numbers of electric charging stations be available, they must also coordinate with the autonomous vehicles themselves. Consider, for example, that a self-driving car must also be self-refueling. When faced with the choice of which charging station to use, it must be able to know which station is available, whether there is spare electrical capacity, whether the station is reserved, the cost of the fuel, and other data.

Autonomous aircraft will also need a sophisticated relationship to the electric charging network. Robotic drones will be programmed to perform multiple missions in a day without returning to home base, which means they must able to offload to an edge data center the vast amounts of data they collect in real-time. Even so, they must also periodically pause to recharge their batteries—even more frequently than cars. Therefore, the autonomous use of drone charging stations will be the most effective way to perform complex, long-duration missions of many kinds.

It’s easy to forget about the supporting infrastructure when so much attention is cast onto the vehicles themselves, and on all of the new ways they stand to enhance our businesses and our personal lives. However, autonomous vehicles will not operate properly at scale without contemporaneous infrastructure upgrades. Even a modern city will need significant, strategic improvements to support thousands of autonomous vehicles. The infrastructure upgrades will touch many critical systems, from cellular network connectivity and local data center capacity to networks of electric vehicle charging stations, local weather stations and low-flying air traffic control systems.

Autonomous vehicles rely on the same infrastructure as human-operated vehicles do, but to compensate for their lack of direct human control, they must also be supported by additional layers of infrastructure. Primary among these are high-performance cellular network connectivity and edge data centers, allowing an autonomous vehicle to communicate instantly with systems that can process data, collaboratively, across an entire region. Electric charging stations which require no human interaction are also essential. With these three elements, the infrastructure of a modern city can be enhanced to support autonomous vehicles.

Matt Trifiro is the CMO of Vapor IO and Co-Chair of State of the Edge. Most recently, he led the announcement of Vapor IO’s series C financing and the company’s commercial Kinetic Edge™ offering. Alex Marcham is a networking expert, one of the primary authors of the State of the Edge report and a principal contributor to the Open Glossary of Edge Computing. He maintains the Network Architecture 2020 website and just published his first book.